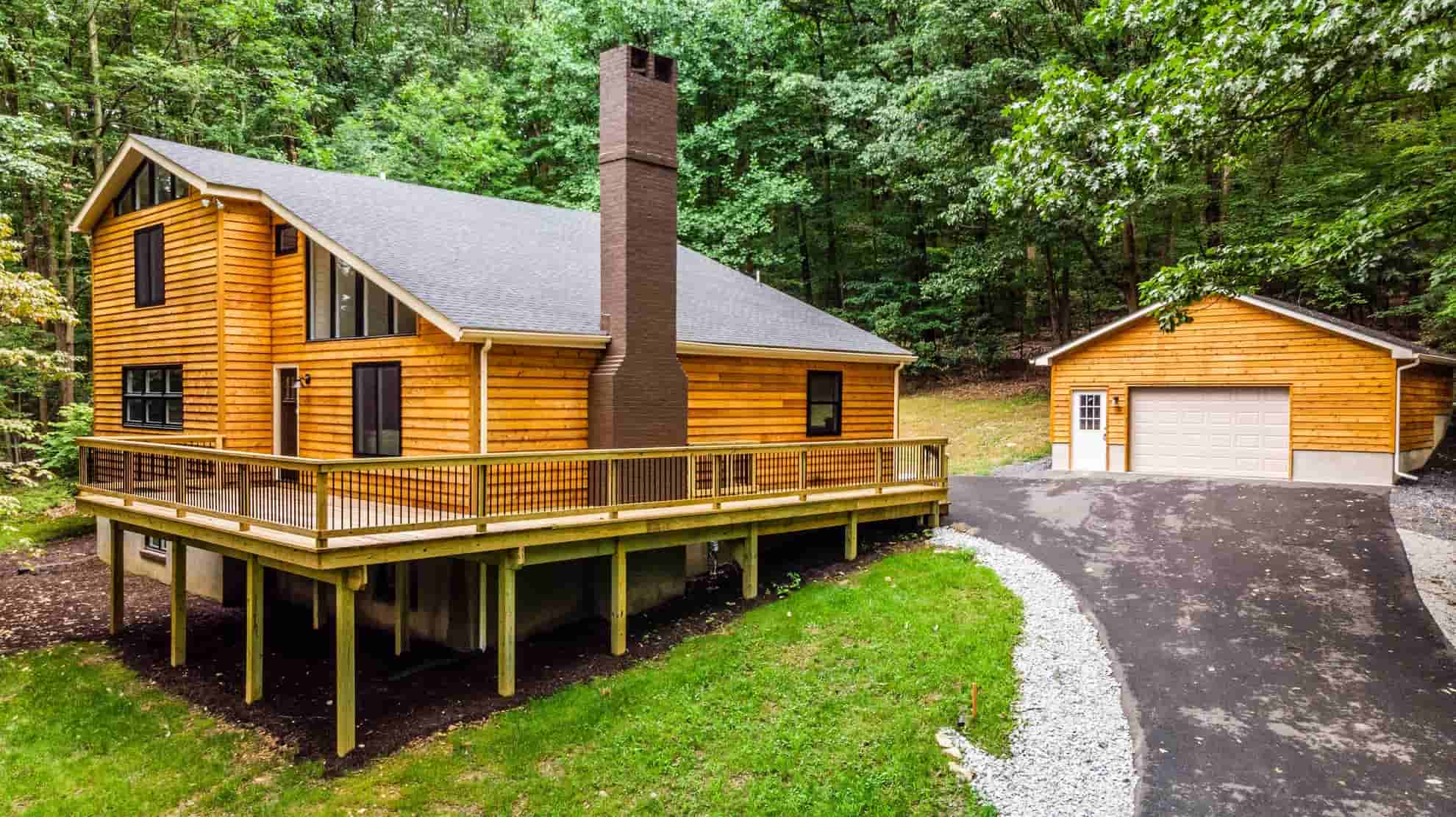 Grade Type: This home has a walkout basement, which is considered the first floor (ground level, floor level, on-grade).

Below Grade Basements
Insurers, builders, and real estate agents use grade systems to label sections of a home. Rooms are either below-grade, floor level, or above grade.

Knowing the distinctions is vital to understanding:

Here is what each floor grade means.

What Does Below-Grade Mean?
Any portion of a building that has four walls below ground level is classified below-grade. While part of a home, below-grade basements don't usually count toward the home's gross living area square footage. Several types of structures are considered below-grade:

Sunken Living Rooms
Sunken living rooms or a recessed room typically qualify as below-grade. A room with four sides underground by only one foot is considered below-grade. 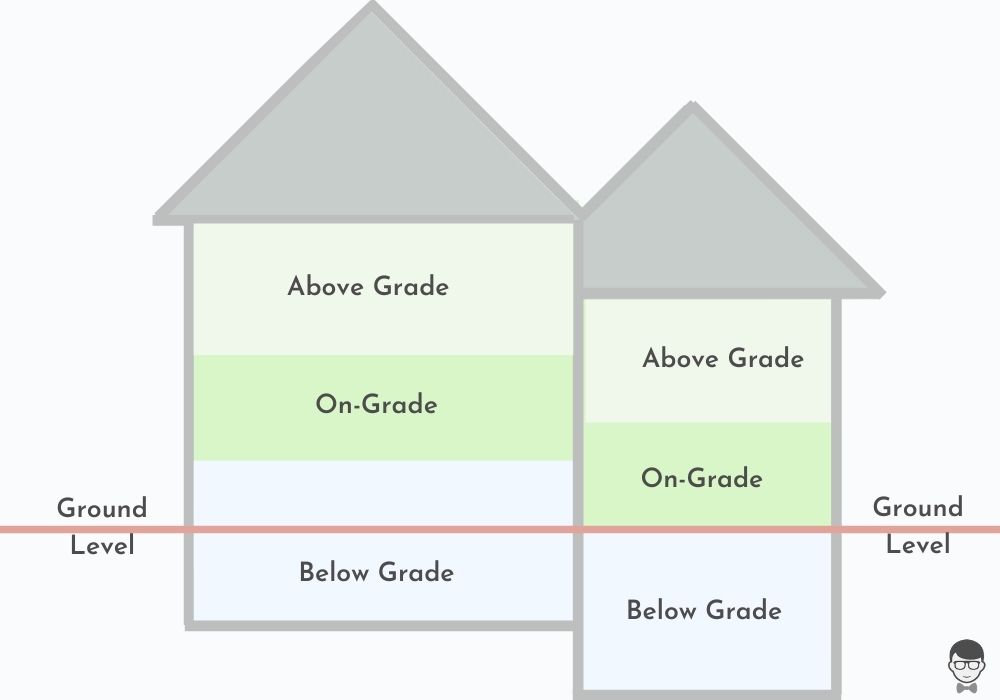 Split-Level Homes
The section of a split-level home that is underground is below-grade.

Basements
A basement is one of three types of house foundation styles; a full basement, slab-on-grade, or a crawlspace.

What Does Floor Level Mean?
In grade-level construction, the floor level or ground level is the home's portion closest to the ground. Called the first floor in American English -- building or real estate industries call it on-grade.

Why are Grade Levels Important to Know?

Real Estate
A home's total square footage does not include basements. Therefore, real estate agents cannot incorporate the basement's square footage when calculating and reporting a home's size in their listings. ANSI states that the sum of finished areas can include only finished above grade spaces.

For example, a real estate agent must list a house with three bedrooms as a two-bedroom home if two bedrooms are on the second floor, and one is in the basement. The above-grade room count excludes the third bedroom.

Construction
In construction, grade level terms are used by builders when describing the home and which rooms are basement level.

Your Home's Value
If you have a finished basement, it should substantially add to the value of your home. If you upgrade your basement and your home's value increases, you must increase your coverage amount and account for the quality of its finish and belongings.

Does Homeowners Insurance Cover Below-Grade Basements?
Sometimes. Standard homeowners insurance covers the structure of basements and your belongings for sudden and accidental damage. It does not cover many types of water damage, which is the most common basement claim. A flood insurance add-on is an option, but it too excludes water damages in basements.

When Does Homeowners Insurance Cover Below-Grade?
Sudden and accidental damage below-grade is covered, including the structure of your home and your personal belongings.

If a washing machine or water heater malfunctions, water damages (not the equipment) generally are paid through insurance claims. If a pipe bursts, the damage is covered. An accidental fire is covered.

Typically, all incidents that are sudden and accidental are covered.

As mentioned, the NFIP Plan considers sunken rooms, crawl spaces, and split-level sections of home basements, which the flood insurance does not cover.

The National Flood Insurance Program (NFIP) is a federal flood insurance program under the Federal Emergency Management Agency (FEMA). Homeowners can purchase this additional insurance to protect buildings and their contents from flooding.

The first Flood Insurance Rate Map (FIRM) emerged on December 31, 1974. Homes built before that must meet Pre-FIRM standards. Homes built or substantially improved as an elevated building after that date must keep to Post-FIRM standards. If you already have flood insurance, and your zone designation changes to a higher risk level, Grandfather Laws allow you to keep your policy with only gradual premium increases.

Get a Flood Insurance Quote