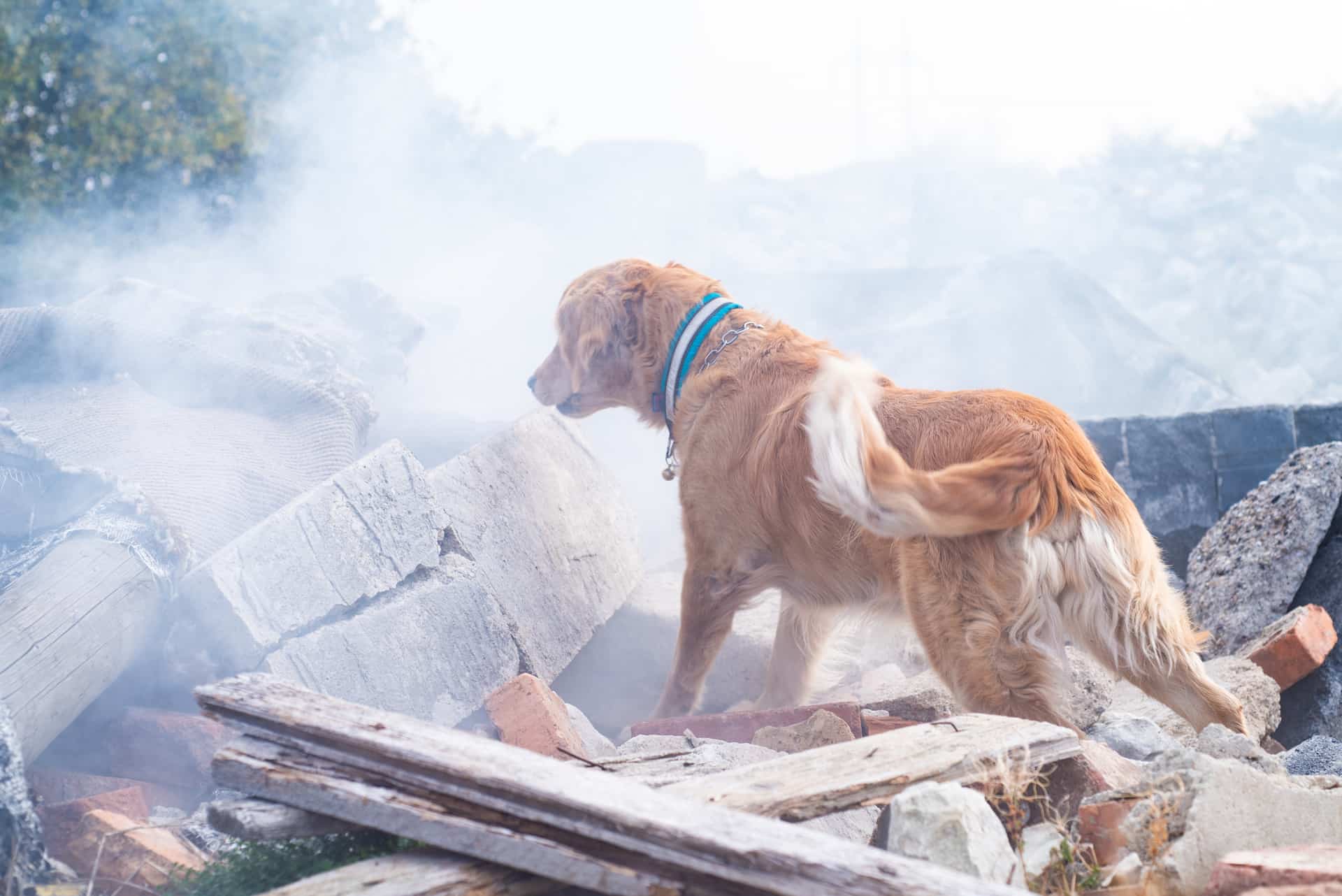 Survival Tips if Your Building is Falling Down

We have all seen the familiar images of buildings falling during an earthquake. But buildings can also collapse suddenly and without warning when there is no earthquake. Although this is not an everyday event, it can happen with devastating effects. The news coverage of Surfside condo in Miami Dade County, Florida, demonstrates the devastating effects of a building falling down unexpectedly.

If your building were to fall, would you know what to do to give yourself the best chance of survival?

It took less than about 30 seconds for the 12-story Surfside, Florida building to fall. Roughly 126 people from the fallen tower escaped the collapsing building, most of whose apartments and stairway fire escapes were spared. But their apartments were only steps away from their neighbor’s apartments that fell. Residents who escaped lived on the first floor up to the 11th floor.

Adriana Sarmiento and her husband were swimming in a nearby pool and began filming the building when they heard a noise at 1:18 AM. This video shows water running in the garage and a pile of debris. The building then fell between 1:24 and 1:25 AM.

Everyone is familiar with the 9/11 World Trade Center Terrorist attack. Terrorists flew airplanes into two buildings.

The World Trade Center buildings did not suffer structural integrity issues; they benefited from the best structural engineers and architects, so some people had more time to flee the building vs. the Surfside collapse.

Clearly, the amount of time you have to get out is crucial to the strategy you decide on in the moment.

Do not take any chances. Take some time to review these physical safety tips. Also, you should prepare now to ensure your finances will not also collapse if your building falls. Finally, we will get into how your condo insurance works for fallen condo buildings.

Warning Signs a Condo Building is About to Fall Down
If you are lucky, you will have warning signs that give you enough time to escape. However, you will not know how much time you have, so whether to stay and shelter or run is a judgment call.

@AgendaFreeTV I am a resident of one of the condos on the side of the collapse. This is a video from my camera footage inside from the start of the collapse until the lose of connection (I was away from the building today). Towards the end, you hear the structure failing pic.twitter.com/UzBJQogUxp

Next, we need to share some survival terminology that applies throughout your escape plan. So, this heading is out of order; of course, you want to escape first. But, so you understand these terms, we are first describing where to shelter if you cannot get out of the building during a collapse. 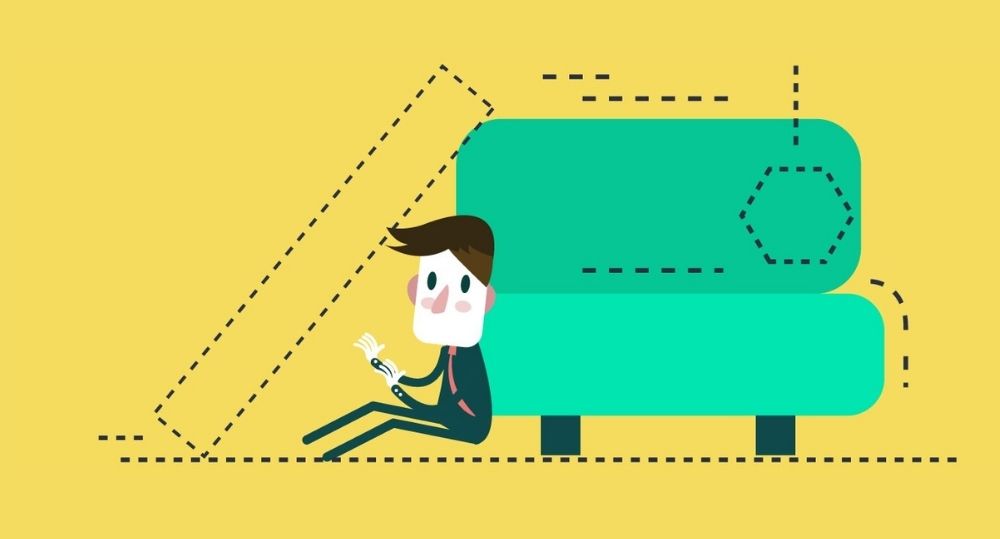 Safest Place to Be When a Building is Falling Down
If you cannot get out, what should you do?  The advice used to be to 'drop cover and hold,' hiding under sturdy objects. Also, previously the recommendation was to stand in a doorway since doorways were considered the strongest part of the home. Although that advice no longer stands.

As a building collapses, the interior walls, ceilings, and debris fall straight down. Falling debris can crush anyone sheltering under heavy pieces of furniture or structural components.

The best way to save yourself is to create something that search and rescue call the 'triangle of life.' Look for a large piece of furniture like a heavy table or desk or large sofa. If you are in bed, roll off the bed to the floor and lie next to the bed. If you can, get between a nightstand and the bed.

Wherever you are, drop to the ground, lay next to a table, sofa, bed, or whatever (not under them), and adopt the fetal position. Place your arm and hand above you to protect your head.

The idea is that the furniture will support a collapsed wall, creating a space next to it where you should be safe. This safe place is also known as a survivable void.

A small-sized package, Binx the cat who lived on the 9th floor of the Surfside, Fl condo collapsed building, was found and reunited with his owners. He most likely was sheltered by a triangle of life then found his way out after the rubble settled.

This article primarily discusses residential condo buildings, but one tip we love is that printer paper does not collapse. So, if you are in a commercial office building near stacks of stored paper, create your triangle of life there.

Best Escape Plans While Your Building is Falling Down
If you think you have time to escape, do it. Lower floor residents have a good chance, especially if you are near the stairway. If you attempt an escape, do this:

Surviving in the Rubble
If you determine you cannot escape or you tried and cannot, you will want to be found alive by rescue teams. Rescue teams use sophisticated technology to do what humans cannot:

Technology is critical as 51% of rescue failures are from human error.

Drones can video and take photos to create orthomosaics maps for a full view of the area. Drone photos also help create digital elevation maps, so rescuers know the height, how thick rubble is, and the parts of the building where the rubble came from.

Robots like the Inkutun VGTV Extreme or the Active Scope Camera snake-like robot can get into small places. Search cams can go 18 feet, but ground robots can reach over 60 feet into the rubble and unsafe voids. Medical teams can see and speak with trapped survivors, and drones even carry water and medicine to people.

This technology also helps rescuers make smarter decisions about rubble to move in a way to not cause secondary collapses.

Do your best to follow these tips to increase your chances of being found:

So, a structural failure is when a piece breaks or buckles under a load. Usually, failures happen because there is too much weight. For example, when snow collapses a roof.

In other instances, the failure can occur because the component has worn down over time — for instance, a rusted steel beam.

Structural failures can be relatively mild or disastrous. A catastrophic structural failure means that the whole building comes down. In other cases, the collapse may be minimal and localized to a single room or unit.

Causes of a Building Falling Down
Buildings rarely collapse from a single issue. Instead, a combination of two or more issues can cause an unexpected collapse.

Buildings must undergo a recertification process once they turn 40. Inspections identify structural damage, check the electric system, and estimate the cost of repairs.

Does Your Condo Insurance Cover Your Condo Building Falling Down?
Sadly, no. Technically, you have two types of insurance policies for your condo. The HOA must buy a master policy for the entire building and common areas, and you need a personal condo unit insurance policy. Both exclude building collapses.

The Building's Master Insurance Policy
If a covered disaster strikes, causing the building to fall, the master policy pays to rebuild the building.

Unfortunately, typically insurers exclude building collapses from master insurance coverage. This exclusion is because insurers view a building collapse as either negligence, old age, or inadequate maintenance, none of which are covered. Although, if the building fell because of a covered peril, like a fire, it is covered by the building's master policy.

It is possible that the HOA bought an additional rider called a building collapse rider. There are numerous stipulations around whether the collapse is covered under this add-on, however. In the case of the Florida Surfside building, it would be void. That is because the board knew about the structural issues - which voids a master building collapse rider.

Your Personal Condo Unit Insurance Policy
Your condo insurance typically does not cover a condo building collapse unless the collapse happens because of a covered peril (see covered perils in the image below). For example, standard HO6 condo insurance excludes flooding, earthquakes, and other earth movements like sinkholes and landslides. But you can buy add-ons for collapse coverage caused by those disasters.

As you can see from the image, insurers exclude the following possible causes of building collapses from condo insurance:

Typical condo insurance covers the following - although none of these apply to a condo building collapse since collapses are not covered:

Get a Free Review of Your Condo Insurance Coverage
Condo insurance can be confusing, especially when you are unsure what the condo association owns and what you own. Young Alfred is a top licensed insurance agency in all 50 states. We sell the top 40+ insurers, and when you get a quote, we compare them all to find the best price and best coverage.

We are also happy to do a free condo insurance policy analysis to help you understand your coverage and any gaps in coverage you may have.