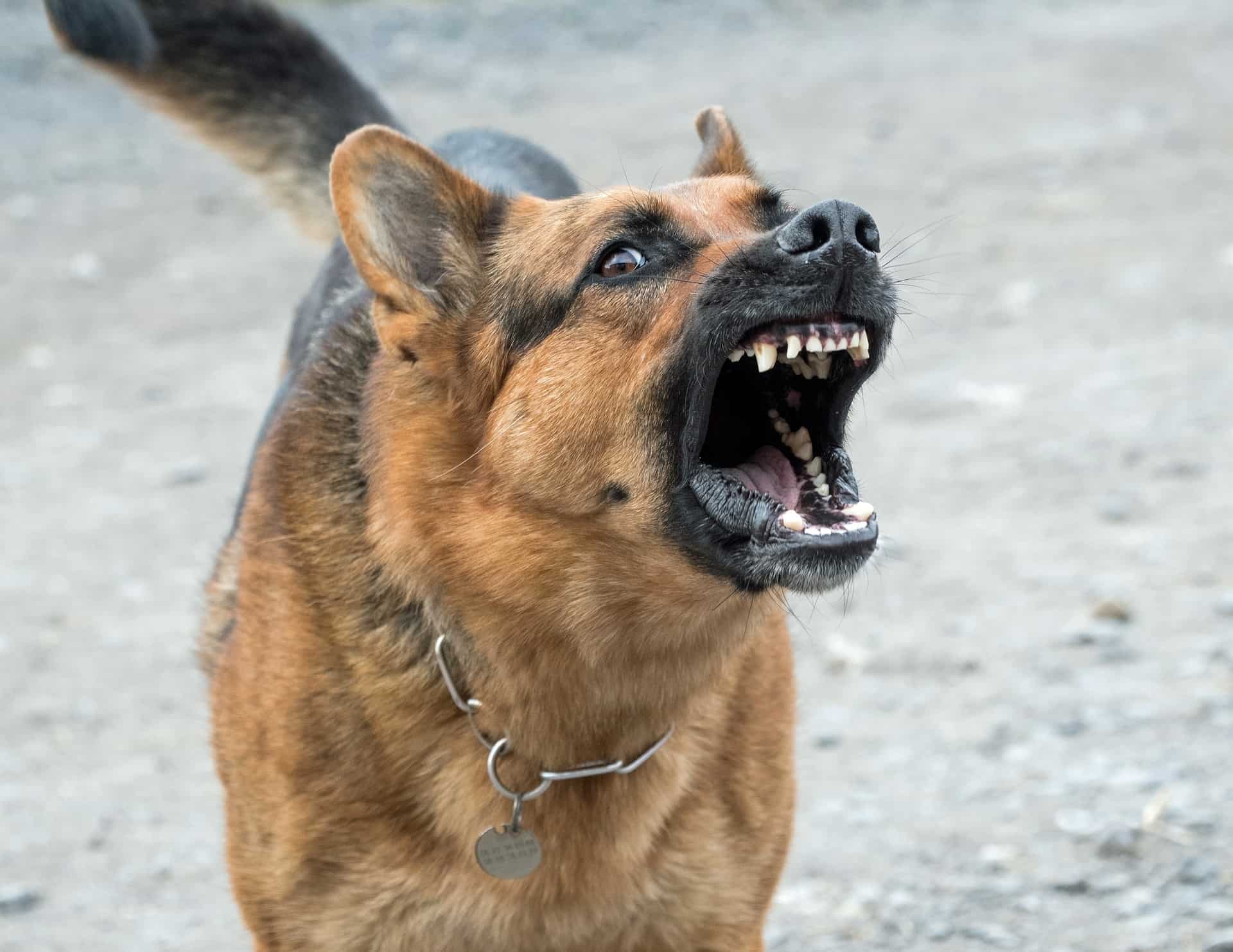 Over 60 million American households have dogs. So, it is not surprising there are millions of dog bite victims every year. In 2017 alone, over 35,000 people received treatment for non-fatal dog bite injuries. Medical costs can be expensive, but you can protect yourself with insurance.

Let's dive into dog bite laws, states that mandate dog-bite liability insurance, and how insurance can protect you if someone sues you.

State dog bite laws pertain to dogs that injure, kill or harm humans,  domestic animals, and dogs that destroy property. Some states have more lenient laws, e.g., they only cover human injury and death, and some have strict laws covering all instances. Eight states have no dog bite laws.

Only 42 states have dog bite laws. They are:

Keep in mind that each state writes unique laws, and they often fall under distinct categories of law; dog bite statutes, dangerous dog statutes, and common law. If a state has no dog-bite statutes, you may still file a lawsuit under common law.

Your state or city's dog bite laws might include one, some, or all the following statutes:

The "One Bite" Rule
The one-bite rule holds the dog owner liable for negligence if they know their dog has a tendency to bite someone. The technical term for the one-bite rule is scienter, which means knowledge or knowing.

One bite means the dog gets a free pass for the first bite. Afterward, the owner faces the consequences.

Your state may have a one-bite statute; if so, a lawsuit is straightforward as the law has narrowly defined terms. If not, the injured party may sue under common law with a suit based on general negligence of a one-bite rule.

Statutory Strict Liability
Statutory strict liability laws automatically place liability on the dog owner no matter what if their dog bites someone. That includes whether the dog owner knew or did not know the dog's tendency to bite, if they were negligent, or if they acted with intent.

Strict liability states, like Arizona, do not allow even one free first bite, whether the bite happened on public property, private property, or the owner's property.

The only exception to strict liability dog bite laws is when the victim provoked the dog, trespassed, or committed a felony.

Mixed Dog Bite Laws
Some states combine the above laws or use only parts of them.

For example, they might have a strict liability statute only enforceable under limited situations of the one-bite rule. Another example is if a state has a strict liability law, but only for the insured’s medical bills, excluding judgments for pain and suffering and any other judgments.

Also, some states require the victim to prove the dog owner knew or should have known the dog had dangerous or vicious tendencies.

Reporting Requirements
Several dangerous dog reporting laws exist in some states. They include:

Negligence Liability Statute
Human negligence is a prevalent reason for dog attacks. In some states, the victim must prove the owner acted negligently or knew the dog was dangerous.

In other states, the victim can win a lawsuit regardless of negligence, meaning the law assumes the owner acted negligently no matter what.

Negligence often determines the criminal charges against the dog owner and how much money a court may rule for the victim.

Conversely, some states have very lenient negligence liability laws. For example, Kansas does not deem the owner liable if a dog is not dangerous or not known to be dangerous. In other words, if the dog owner has no reason to foresee, or predict, that the dog might injure someone, the owner will not be held liable.

Authority to Kill or Seize a Dangerous Dog
Some states, like Kentucky, allow anyone seeing a dog attacking a person to seize or kill the dog without liability. In Alaska, anyone can lawfully kill any mad or vicious or dog running at large.

Doctrine of Premises Liability
Sometimes liability matters whether the attack happened on or off the dog owner's premises. For example, some states prohibit dangerous dogs in public spaces; others hold owners liable if they were negligent while off-premises.

An exception often appears in state law pertaining to a dog chasing someone from their home property to somewhere off-premises. In this case, some states apply on-premises laws if the chase began on-premises.

Liability Statutes for Damages to Postal Employees
Indiana is the only state we found that protects postal workers when the dog was not provoked but attacked while lawfully working on the owner's property. The law makes the dog's history of dangerous acts irrelevant, which removes the onus on the postal worker to prove a dog owner's knowledge of previous viciousness.

Rabid Dog Statutes
Some states have rabid dog laws that place liability on dog owners who know their dog has rabies. If your dog bites someone, the dog owner is liable.

For example, in Alabama, if a dog owner knows about the dog's rabies, and the dog bites someone, the owner must pay the victim twice the suffered damages.

Treble Damages Statute
Massachusetts and other states award victims treble damages when repeat offenders injure someone after a judge ordered the dog to be restrained. Judges can grant victims triple the amount of damages awarded.

Ownership Statutes
The term "dog owner" can include a person owning or harboring a dog, and this person has the primary liability, except for minors. The parents of minors or a child's custodian assume liability for their children's dogs.

In some states, owners of dangerous dogs cannot sell or give away their dogs, and other states deem ownership unlawful entirely. For example, California counties and cities can prohibit ownership of vicious dogs. In addition, sometimes, it is illegal to keep a vicious dog beyond seven days after receiving a vicious dog notification.

Statutes for Dog Liability Insurance
Some states require dangerous dog owners to post a surety bond of at least $15,000 - $300,000 payable to the injured party.

Also, they must have a personal liability insurance policy of at least $15,000 - $300,000 that pays for personal injuries damages caused by the vicious dog. Amounts and details vary by state. (See the list below).

Other Dog Laws
If you own a dog with tendencies towards attacks, a dangerous breed, or even a large dog that in a docile state could knock down a fragile elder or child, be aware of your state's dangerous dog laws. They relate and expand upon these dog bite laws.

Your dog is probably part of your family; you might want to protect it and yourself like everyone in the family. Because these laws lead to criminal charges and expensive lawsuits, you should check for dog bite laws specific to your state. 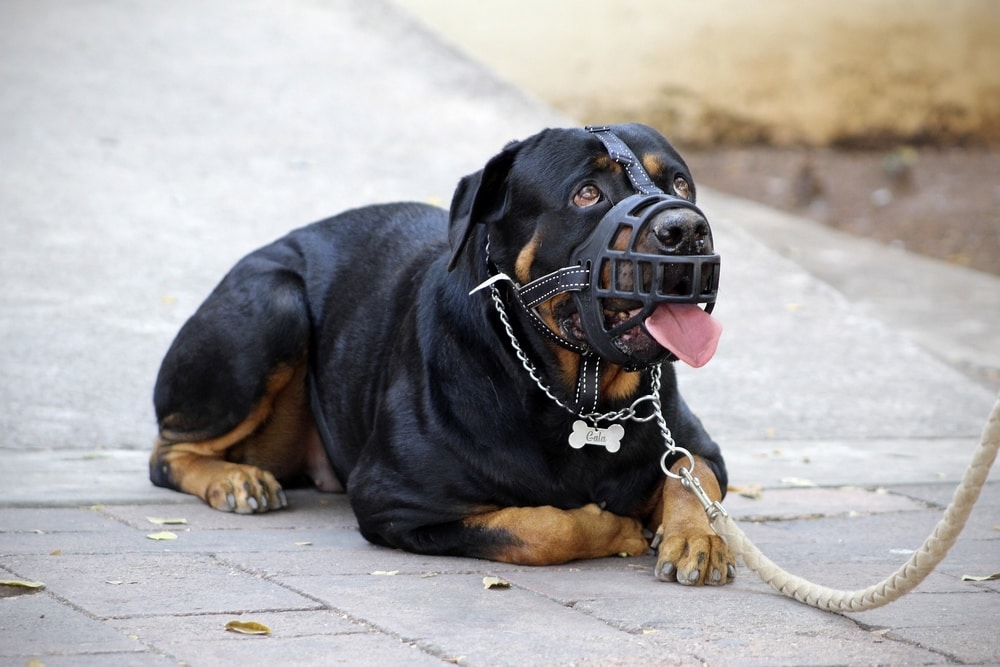 Dog Bite Legal Consequences
If your dog bites someone, there may be civil and criminal legal consequences. You might suffer one or more of the following:

Dog Bite Lawsuits
An injured party can sue a dangerous dog owner for financial damages after a dog attack. This act is a civil action, a way for citizens to punish other citizens for wrongful behavior and compensation.

In addition, if a state has dog bite laws, the dog owner faces possible criminal fines and misdemeanor or felony charges by the state, city, or county. The victim can also file a dog bite lawsuit.

Every state is different. Some follow statutory strict liability laws whereby the victim is not required to prove the owner knew or the owner should have known that their dog had vicious propensities. And other states require proof.

The lawsuit may include financial liability for nuisance, negligence, or various willful misconduct.

The victim can sue under common law when the state does not have a dog bite statute or a dangerous dog statute, like Mississippi. Under common law, the injured must prove the owner's negligence caused the victim's injury. That involves evidential proof that the dog exhibited dangerous tendencies before the attack, and the owner knew or should have known.

The average settlement for dog bites in the U.S. is $50,000, but cases have settled much higher. We've seen dog bite cases settle in the low to high six figures, e.g., one wrongful death dog bite case settled for $975,000.

In Colorado, if a vicious dog destroys property, the dog owner must make financial restitution equal to or greater than the replacement cost or fair market value of the property, plus costs incurred to replace the property.

Dog bite lawsuits can include the following settlements:

If the lawsuit falls under a state's "strict liability" dog-bite statute, the victim might not qualify for punitive damages because those laws cover dog bites regardless of the dog's past or the dog owner's carelessness.

The percent of fault sometimes also matters in a judge's settlement. For example, some states require that the judge reduce the settlement amount based on the percent that the victim contributed to the incident vs. the dog owner's contribution.

Dog Bite Prison Sentences
Dangerous dog owners whose dog attacks any person, causing death, potentially will face a felony punishable by imprisonment of up to 1 - 10 years, fines, or both. Time varies by state. In Michigan, the dog owner faces involuntary manslaughter.

Dog Bite Community Service Sentences
States, cities, and counties with dog bite laws may award community service work, often not less than 500 hours or more, and any combination of other penalties. It varies by state.

Each state decides how to charge the dog owner after a dog bite. Here are examples of how Missouri's dog law handles it under their liability statute:

In Nebraska, their Dangerous Dog Statute says violations leading to human injury become a Class 1 misdemeanor for the first offense, then Class 4 felonies for repeat offenses.

The city, county, or state may also have civil penalties owed. Here are some examples of other dog bite legal consequences:

Dog Bite Impoundment
The state, city, or county might allow dangerous dog impoundment. When authorities take the dog into custody, some states charge the owner $1,000 per day and seizure of the dog.

Dog Bite Euthanasia
The state, city, or county might allow the dog's destruction if the owner was liable for violations of negligence contributing to the biting incident.

Dog Attacks Against Other Dogs
States might also create criminal laws for dog bites and attacks of dogs against other dogs. For example, dog owners could face crimes resulting in 3rd and 4th-degree felonies if the dog causes death or severe injury to a domestic animal.

Colorado dog laws, for example, require dangerous dog owners to pay medical expenses when their dog injures other domestic animals. In addition, if the dog kills a domestic animal, the owner must pay the replacement cost or fair market value to replace the animal.

Does Home Insurance Pay for Dog Bite Lawsuits?
Yes, if you have standard HO3 home insurance with liability coverage, it should pay if someone sues you.

You should check your coverage amount, though. Most homeowners buy $100,000 - $300,000 of personal liability coverage with their home insurance policy. That might be enough to cover the average dog bite lawsuit ($50,000), but a lawsuit settlement may cost you up to or beyond $1 million.

If you live in any of the following states, your state law mandates that you have a personal liability insurance policy.

Also, remember that most insurance companies do not provide home insurance to dog owners whose dog is considered a dangerous dog. Typically, 40 breeds will disqualify you for home insurance.

Or they may require an exclusion endorsement that excludes dog liability insurance claims. They might also allow you to claim on liability, but only if you pay a higher premium.

We know which carriers are dog-friendly. So, if you would like to find a more dog-friendly home insurance policy or buy an umbrella policy, we would be honored to help you navigate your options.

You can start below! If the quote does not accept your dog, give us a call, or email us, and our licensed agents will do their very best to get you insured.