How Do Fire Sprinklers Work? 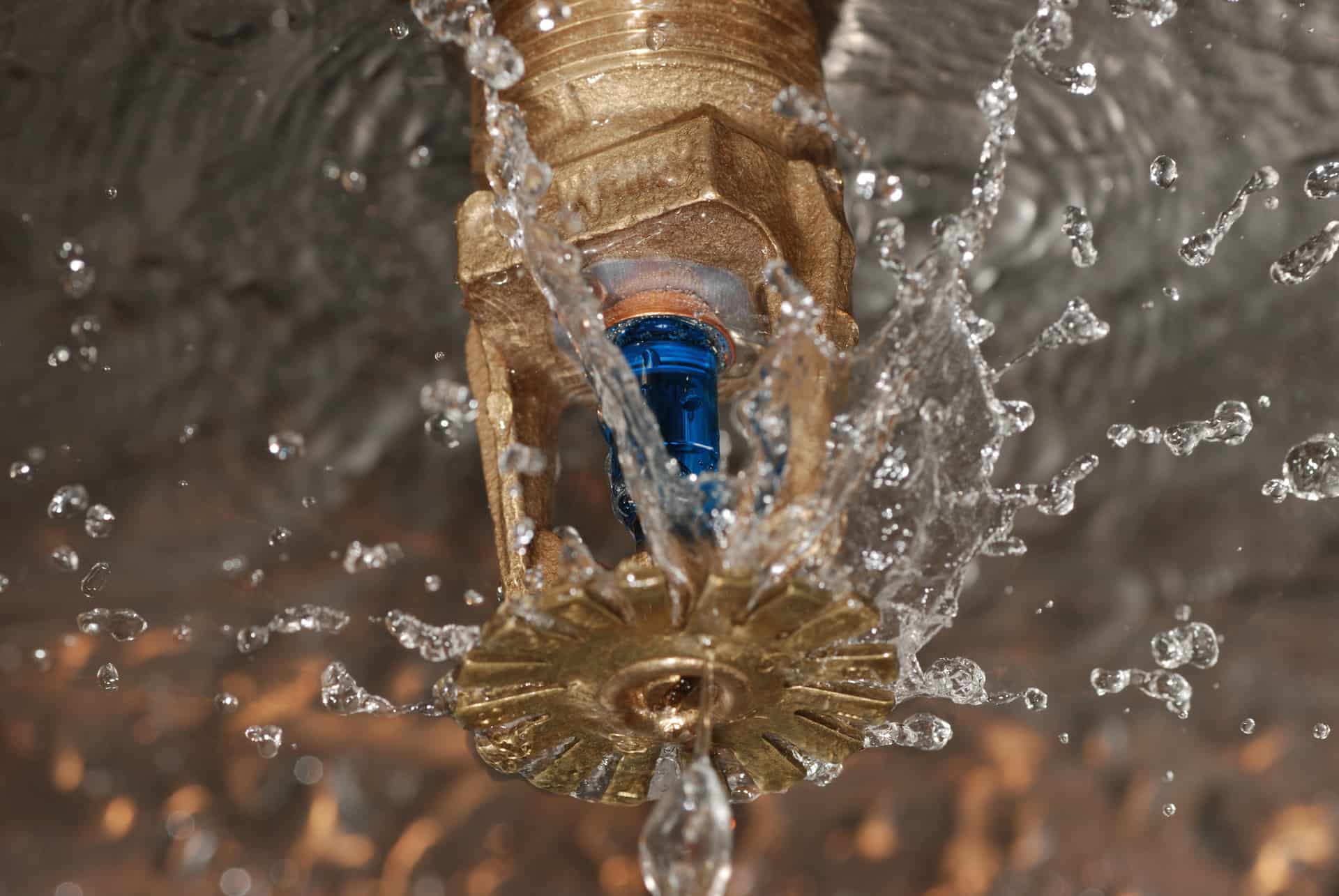 How Do Fire Sprinklers Work?

The sprinkler system was designed in the 15th century by Leonardo da Vinci. He installed a super-oven in his patron's kitchen, and in a comedy of errors, a fire broke out. The sprinkler system caused a flood and destroyed all the food and most of the kitchen.

Commercial, academic, and government buildings were the primary users until 2011, when California ruled all new residential construction must include sprinkler systems. Now they are growing in popularity with landlords and homeowners.

Many people still think they are at a greater risk for fires in public places or hotel rooms. The truth is, the most significant risk for being in a fire is at your home.

Hotels are one of the safest places for fire, mainly because of their fire protection technology. This technology typically includes automatic fire sprinklers.

How Do Home Fire Sprinkler Systems Work?
A fire sprinkler system has one job; to put out fires. It does that in three rapid steps:

We describe each below.

Types of Residential Fire Sprinkler Systems
There are two types of sprinkler piping systems used in residential homes. Both are automatic sprinklers, and both use water to extinguish fires, but their water pipe systems are different. The two main types of home fire sprinkler systems authorized by the NFPA 13D standard are:

We described the differences below.

All residential sprinkler systems include a flow alarm that sounds when the system is activated. Some of these systems alert the local fire department if activation occurs. Other systems tie into the home's security system. Using a security system combined with water mist systems lowers your home insurance premiums. 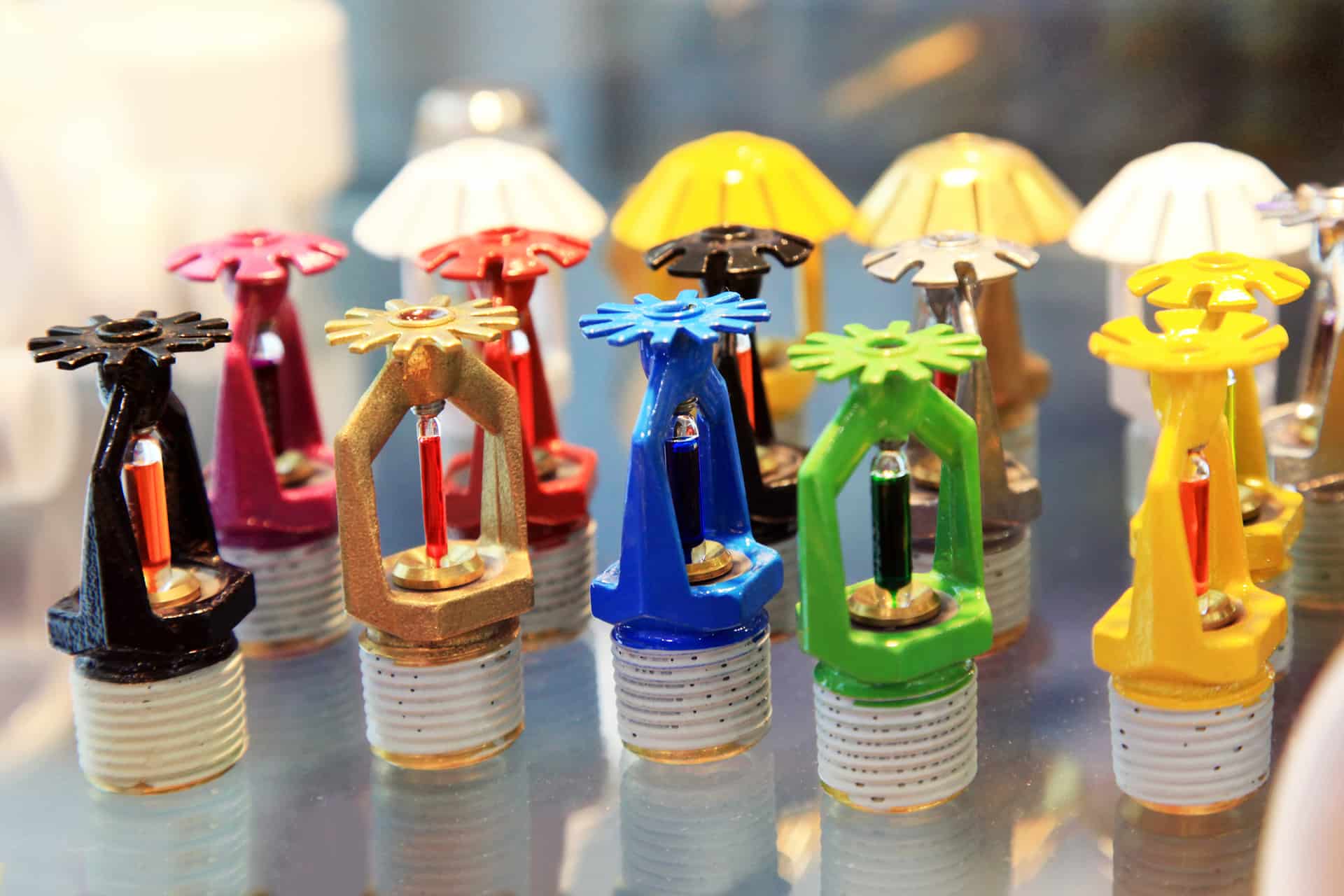 Sprinkler-heads are bulbs containing a liquid or dry chemical that, when heated, expands, and breaks the bulb. This action causes the wet pipe system to release water. The pressurized water covers the entire fire.

Most of the time, wet and dry pipe systems use a glass bulb containing a glycerin-based liquid. The glass bulb remains in a closed position until specific temperatures are met. The heat-activated bulb then breaks, and water flows from the now open sprinklers.

There are three types of residential automatic sprinkler systems:

We described each type below.

Do Sprinklers Detect Smoke?
No. It is essential to know that a fire sprinkler system is not a replacement for a smoke detector. Residential sprinkler systems do not detect smoke and will only operate when it meets a specific temperature.

Regardless, sprinkler systems have become standard features in many homes and office buildings. When properly installed and used correctly, they can save your home from thousands of dollars that fire damage could cause. Also, these systems can save lives.

Do All Sprinklers Go Off at Once?
No. One concern about a home sprinkler system is whether all sprinkler heads will activate at once. The short answer is no. The only sprinkler head that starts flowing water is the one closest to the fire. If the fire is in the kitchen, the kitchen sprinkler will douse the flames.

The ones in your bedrooms or other areas will not activate unless heat is in those rooms too.

Advantages & Disadvantages of Fire Sprinkler Systems
As you can see, a fire sprinkler system's main advantage is that it can put out a fire quickly without human activation, which minimizes damages and can save lives.

However, there are some disadvantages to these fire sprinkler systems as well.

Cost
The first issue is cost, roughly $1.35 per square foot. A fire sprinkler system's price varies depending on your home's size, risk profile, and even your home's aesthetics. Additionally, the cost of putting a design into a home that is already built compared to one that is under construction varies greatly.

Maintenance
Another disadvantage to consider is that these systems require maintenance. Once you have it in place, it is vital to have a maintenance routine. Keep the sprinkler heads clean. Also, check the system for damage at least once or twice each year.

Does Homeowners Insurance Cover Fire Sprinkler Systems?
It depends. Your insurer typically will pay to repair or replace your sprinkler system if the pipes or system break suddenly and accidentally due to a covered catastrophe. This Covered Perils by Policy Types article lists the covered perils most standard insurance policies include.

For example, if your front yard tree falls onto your roof, into your attic, and breaks your system's pipes, you are covered.

You are covered if your system goes off and water damages your furniture, carpet, walls, and anything else, even if a fire did not trigger the system.

You are not covered if the pipes corroded or developed a leak and water dripped out over time damaging your walls and ceiling. That is considered wear and tear and maintenance, which is not covered by home insurance.

Do I Get a Home Insurance Discount if I Install Fire Sprinklers?
Yes. Insurers love home alarms and fire prevention technology because it saves them money on fire damage claims. They will give you up to 5-25% off your home insurance premiums for installing a fire sprinkler system.

Is a Fire Sprinkler for Your Home Worth it?
To summarize, there is a cost to install a home sprinkler system. It is roughly $1.35 per square foot, which can equal the cost of replacing your carpet. However, when it comes to your home's fire safety, the cost-effectiveness seems worth it.