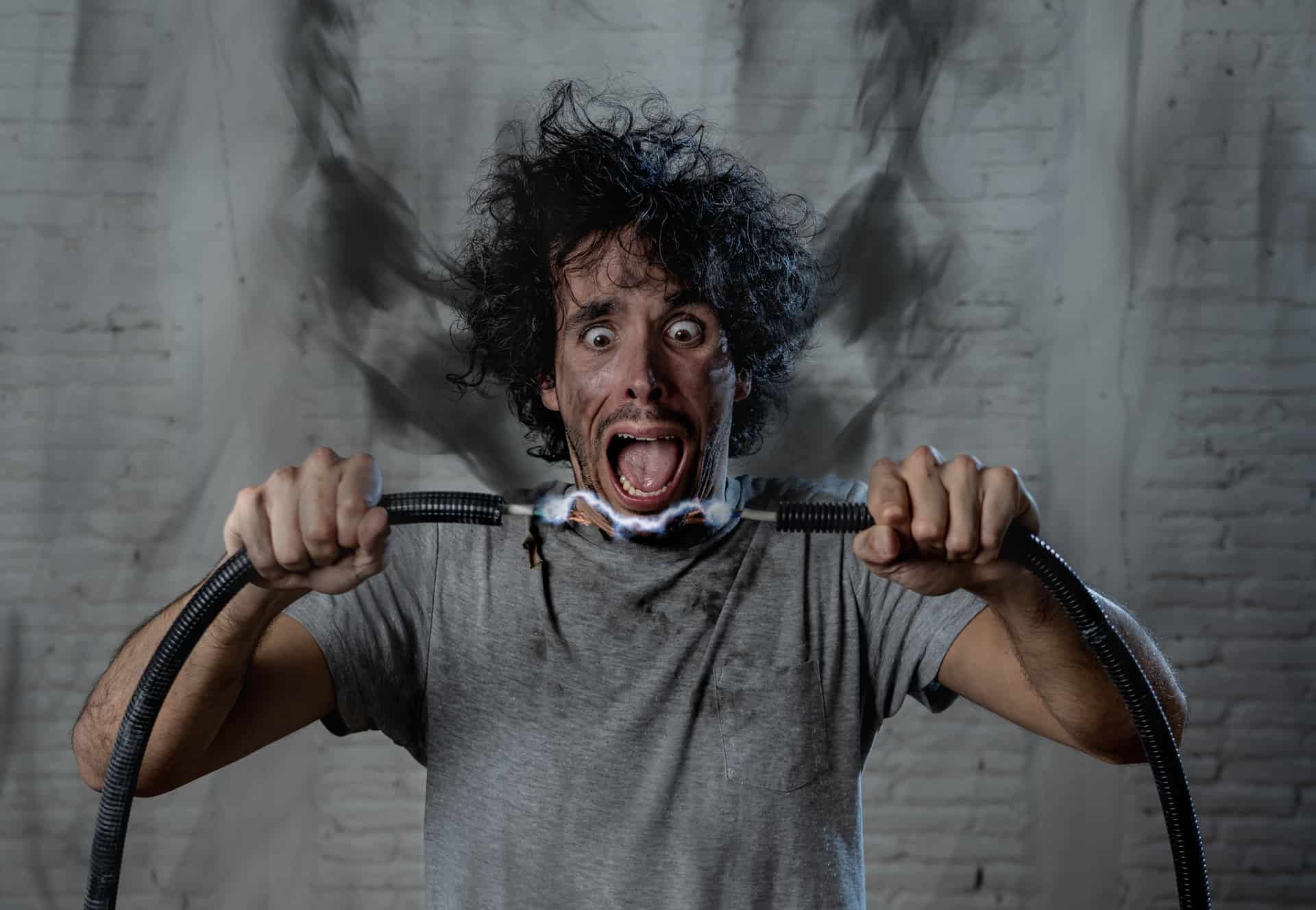 According to research by the US Fire Administration, there are more than 1.4 million fires every year in the United States. Experts estimate that home electrical fires account for an estimated 51,000 fires reported to US fire departments annually. These fires cause an estimated 500 deaths, 1,400 injuries, and $1.3 billion in direct property damage every year.

Electrical fires can happen at any time. However, there are more electrical fires during the holiday season because of the prevalence of Christmas trees and home light displays. There are year-round actions you can take to ensure electrical safety. No matter your home's age, basic precautions, and proper installation protects new homes and homes more than 20 years old.

There are many ways that electrical systems, outlets, and light fixtures can be flawed. The most common include:

It's important to remember that old electrical wiring is also a leading cause of home electrical fires. The lifespan of an electrical system is 40 years at best. Yet, the average American home is more than 50 years old. Many electrical cords and breaker boxes installed decades ago cannot accommodate the number of amps required by standard electrical appliances today.

Signs of Electrical Fire
The good news is that the signs of electrical fires are easy to spot if you know where to look. If you observe any warnings, you should carefully unplug appliances and call a qualified electrician. Watch for:

What to Do in an Electrical Fire?
If you have an electrical fire, you should first shut off electricity to your home. Shutting off the electricity is the most critical step. Your ability to confidently shut off all power will also determine your next step.

If you are not sure if the electricity is out, do not use water to extinguish the flames. Doing so might electrocute you.

Instead, pick up a fire extinguisher that uses either carbon dioxide or dry chemicals, such as monoammonium phosphate. Fire extinguishers are classified A, ABC, BC, or K and loosely correspond to fire classifications. For instance, a Class B extinguisher will work on fires caused by an explosive or flammable liquid like gasoline.

You should use Class C fire extinguishers or one classed for ABC or BC fires to put out an electrical fire. In addition to dry chemicals, these extinguishers also use sodium bicarbonate, an active ingredient in baking soda. For this reason, baking soda works to put out small fires, like toaster fires or grease fires caused by cooking oils.

How Long Can an Electrical Fire Smolder?
Electrical fires do not typically smolder. Once you turn off the power source, the wire or insulation initially on fire will burn out at the source. But that does not mean electrical fires cannot spread.

They spread quickly if a faulty wire or overloaded extension cords touch a flammable material, like a curtain or insulation in a wall. The fire can smolder in the relative absence of air for weeks or months. Once the fire has oxygen again, it can reignite.

How to Prevent Electrical Fires?
With proper installation, maintenance, and placement, you can reduce the risk of electrical fires. Older electrical systems are more dangerous than older homes. If you are not sure about your electrical system's age, contact an electrician for an inspection. The easiest way to prevent a fire might be replacing breaker boxes and outdated fuses to mitigate a dangerous short circuit.

In addition to educating yourself about your system's health, there are other steps to take to keep your family safe.